The Future of Driving for the Next Generation

Driving in the future may mean a driverless vehicle 100% of the time which could translate to safer roads, with fewer accidents. 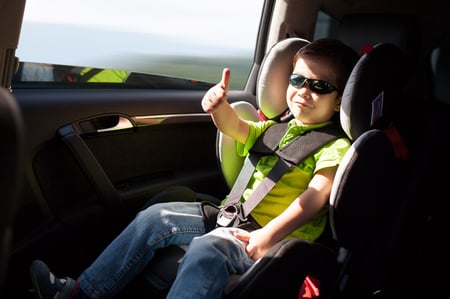 Technology for semi-autonomous vehicles has already proven autonomously powered vehicles are possible, and now car manufacturers and technology companies, such as Google, are ramping up their production in the race to develop a fully autonomous automobile.

Plenty of autonomous concept cars have been designed and are in production.

These computer driven vehicles will help reduce roadside fatalities since most car accidents are caused by human error. In a study from the Eno Center for transportation, they state the following:

“Government research indicates driver error is likely the main reason behind over 90 percent of all crashes. Over 40 percent of fatal traffic crashes involve alcohol, distraction, drugs or fatigue. But self-driven vehicles wouldn’t fall prey to such human failings, suggesting the potential for at least a 40 percent reduction in fatal crashes, the study said.

Crashes can also be due to speeding, aggressive driving, over-compensation, inexperience, slow reaction times, inattention and various other human driver shortcomings, the report noted, suggesting that computers could also reduce those.”

Autonomous Driving and Your Children

With such advanced safety technology and features, what does autonomous driving mean for your kids? It may mean they will have a completely autonomous driving future which may include safer roads and a more relaxed driving experience for everyone.

GGBAILEY Carpet Car Mats are proudly MADE IN AMERICA for over 40 years and currently providing luxury in millions of vehicles around the world. Function + Design