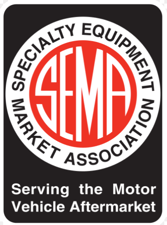 *This image belongs to SEMA

SEMA Show is the premier automotive specialty products trade event in the world and brings in thousands of industry leaders and products to one place for your convenience.

If you missed this year’s show, don’t worry—we’ll catch you up to speed on some of this year’s action-packed highlights.

The following are 5 of the 16 best new products that were introduced at this year’s SEMA Show, including:


#3 of the Day: 9 New Vehicle Reveals on Opening Day

This year there were 9 new vehicles that were revealed on opening day of SEMA, including the following 5 vehicles:

#4 of the Day: 2 Sheet off Unique Builds 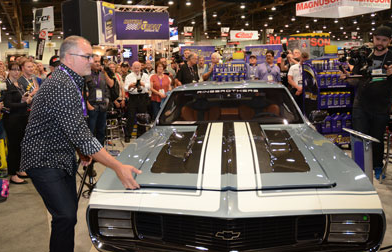 Day 2 showcased a few more winners at SEMA and some more new products.

#1 of the Day: Continental Tire Experience

#2 of the Day: ARMO Announces Person of the Year

The Automotive Restoration Market Organization (ARMO) announce their pick for person of the year!

Person of the Year

The Professional Restylers Organization (PRO) announced their annual industry awards. The winners of their 2016 PRO Restyler of the Year award went to both Mike Gherardi and Craig Marsh of Auto Image which honors their creativity, enhancement and growth of the industry within their community. The winner of their PRO Manufacturer of the Year went to Webasto Products North America.

#6 of the Day: SBN Award Winners at Gear-Up Girl Event

The 5th annual SEMA’s Businesswomen's Network (SBN) honored the leading women in the industry where select women are awarded for various reasons. Some of the awards and awardees this year included: 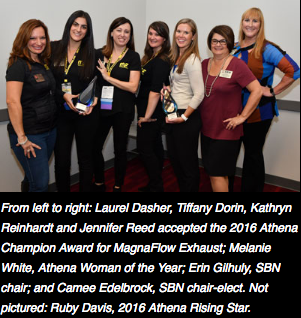 Day 3 wrapped up the 2016 SEMA show with their after party as well as a few more vehicle showcases and awards.

#1 of the Day: Official SEMA Show After Party 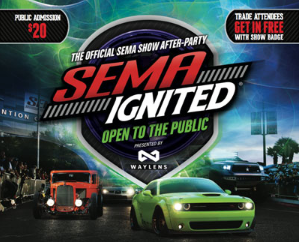 #3 of the Day: ETTN Industry Awards

Mark Heffington was awarded the ETTN Genius Award for those creative individuals that made significant advancements in technology.

Rodney Esteban was awarded the ETTN Ambassador Award which is awarded at the discretion of the ETTN Chairman for an individual's volunteer contributions or membership. (Image)

Nick Caminiti, from Exotic Graphix, was awarded the 2016 King of the Wrap World for his Toxic Rat design entered in the Wrap Like a King Challenge. 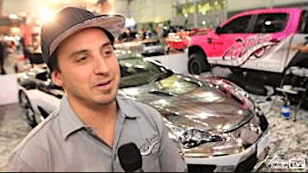 GGBAILEY Carpet Car Mats are proudly MADE IN AMERICA for over 40 years and currently providing luxury in millions of vehicles around the world - Function + Design.