At GGBailey.com, we always follow the latest automotive news so that we know what is trending, what is coming, and what our customers are interested in.

We make custom fit, custom designed car floor mats for all makes and models, so it is important for us to know as much as possible about the automotive marketplace. Whether it is automakers announcing a new vehicle, a redesign, or a recall, the latest news about cars and trucks can always have an impact on customers.

Below we rounded up three recent headlines we think you might be interested in. Check out those topics and read why we are keeping an eye on the developing stories.

While you are on our site, you might want to check out the woven designs in our Car Couture™ line, or look at all the options available when you  Design Your Car Mats™. 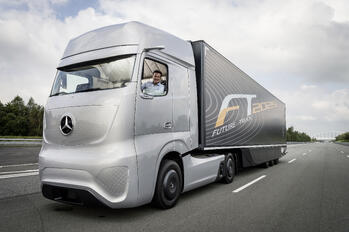 Sony is not ruling out the idea of entering the automotive market, the company's CEO Kazuo Hirai told the Financial Times.

Harai said that his company is open to the possibility of rolling out a vehicle in partnership with a traditional carmaker, saying the advent of electric cars has lowered entry barriers for new players."If we fundamentally believe at some point in time that we can make a difference in the automotive space, it's something that we will look at," Hirai said. "We don't have plans at this point but never say never," he added.

The autonomous car space is getting more competitive, with Google no longer the only player. Google recently admitted that its self-driving cars have been involved in 11 accidents in the past six years, but said all collisions were caused by other drivers.

Last week, German automotive company, Daimler announced its autonomous 'Future Truck' (pictured) would be driving itself into real traffic. The Ministry of Transport and Infrastructure in Stuttgart, Germany has given the company permission to bring its autonomous 18-wheeler rigs onto the motorways in the state of Baden-Wuerttemberg. 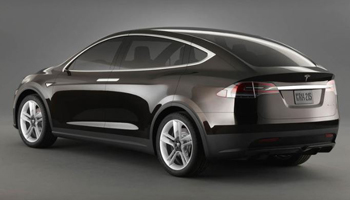 Tesla Motors will begin delivering its luxury electric crossover, the Model X, on Sept. 29 to customers in the U.S. who have already reserved the SUV.

The Model X, eagerly awaited since it was announced in early 2012, will launch with a premium-priced special version called the Signature series that will cost between $132,000 and $144,000, a Tesla spokeswoman said.

It is customary for automakers to debut higher-priced versions of their cars before introducing standard models.

CEO Elon Musk tweeted that the first cars would be handed over Sept. 29 at the company's factory in Fremont, Calif.

Tesla has been spending heavily ahead of the launch of the Model X, the second addition to its lineup after the Model S sedan, even as it develops a cheaper vehicle starting at $35,000, the Model 3.

Musk tweeted that the Model 3 would begin production in "about two years."

GG Bailey's parent company, Racemark Internation, partners with Tesla to make the company's car floor mats. We use the same materials for our custom fit, custom designed car floor mats, so you can trust that our auto mats are top quality. 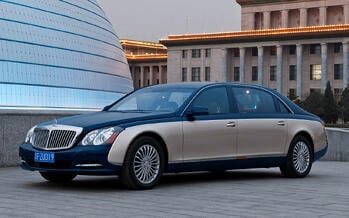 After killing off Maybach a couple years ago, it appears as though Mercedes-Benz is ready to revive the name, albeit on only one model. Reports suggest the German automaker may be planning an exclusive S-Class model that will be branded with the hyper-premium Maybach name.

The special S-Class would be designed to mirror the Maybach with soft-touch leather and bespoke materials, which will more than double the cost of the flagship Mercedes S600 V-12, reports Automotive News. The S600 already runs at $228,000, which means a Maybach-branded S-Class would also be placed well above the AMG variants as well.

Sitting on a stretched out wheelbase measuring 7.9 inches longer than the extended-wheelbase S-Class, don't be surprised to see the Maybach-branded S-Class be available with features that would only appeal to the super elite, including an electrically powered partition window, champagne cooler, and other high-tech features.

Mercedes-Benz is another partner of Racemark International, the parent company of GG Bailey. So when you get your personalized car floor mats from us, you can trust that our auto mats are the best available.