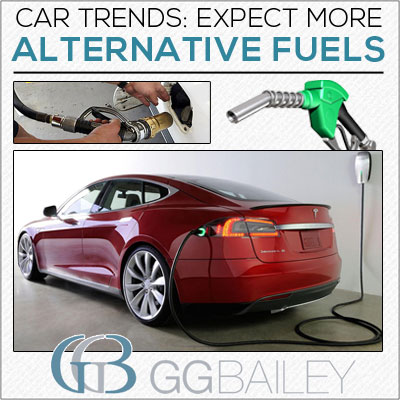 The prevalence of alternative fuel vehicles has been on the rise for more than a decade now, and a recent funding plan from the U.S. Department of Energy assures that trend will continue for the foreseeable future.

The DOE announced earlier this month that it will award as much as $4.5 million in funding to expand the use of alternative fuels through the Clean Cities program, which works with nearly 100 local coalitions and thousands of stakeholders across the U.S. to decrease the use of petroleum in transportation. The program supports the deployment of alternative fuel vehicles, including flex-fuel vehicles and those powered by natural gas or propane, and plug-in electrics.

Anywhere from seven to 15 awards are expected to be made as part of the plan, with individual awards ranging from $250,000 to $1 million. Potential projects may include local ride-share or car-share programs, rental car programs, and commercial truck/bus leading and demonstration programs. Additionally, eligible projects may feature activities that include driver feedback devices, data gathering, and analysis that help customers understand benefits. The DOE also offers projects that assess what kinds of incentives motivate drivers and fleets to purchase alternative fuel vehicles.

And remember, at GG Bailey we make custom fit, custom designed car floor mats, and we can make car mats for all makes and models. Check out our Design Your Car Mats™ tool to custom design your own car floor mats, or browse our Car Couture™ line to see our luxury quality, woven patterns. 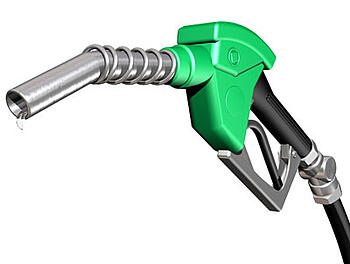 Ethanol is an increasingly common alternative fuel and is often added to gasoline in the summertime to help cut emissions. Ethanol is a type of alcohol that's made from plant matter. In the United States it's commonly made from corn, while in other countries it is made from sugar cane.

Several automakers now offer their vehicles with flex-fuel engines. These engines can run on either standard gasoline from the pump or E85 ethanol, a fuel blend that is 15 percent gasoline and 85 percent ethanol. Ethanol has been widely hailed as a good way to end America's addition to foreign oil. After all, we can grow this fuel domestically, and it's not a finite resource like oil is. Still, it takes a lot of energy to create ethanol.

As the graph above shows, use of ethanol has been on the rise, so it wouldn't be surprising to see more fueling stations in the near future. 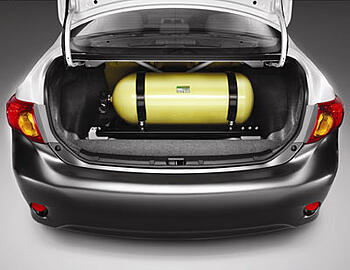 Compressed natural gas is the same fuel you might use in your home for cooking and heating, and it runs to your home in a line supplied by the gas company. For a vehicle that runs on compressed natural gas, the fuel is stored in high-pressure cylinders, which requires a fueling station in your house that is capable of compressing the gas. The compressed gas is then stored in the car's fuel tank (or tanks), as the fuel takes up a greater amount of space than gasoline does.

Compressed natural gas is cheaper and burns cleaner than gasoline, so these types of cars may gain popularity, especially if the initial expense of installing a fuel station in a home is eventually offset by savings on fuel cost. One potential downside, however, is that there isn't a network of fuel stations offering compressed natural gas in place, so if you were to run out of fuel away from home, you would be out of luck. 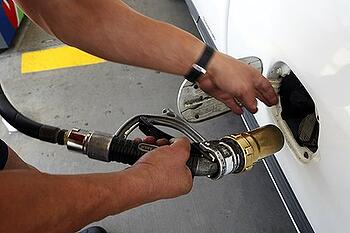 Propane is the common name for liquefied petroleum gas, so when you think about LP gas, you can think about the tanks that fuel gas grills, but that isn't entirely accurate. LP gas is a hydrocarbon gas under low pressure. It is comprised mainly of propane, but it also includes other hydrocarbon gases. LP gas is kept pressurized in order to keep it in liquid form. Similar to liquefied natural gas, keeping LP gas liquefied makes it more energy dense, and thus more useful for powering cars and trucks.

LP gas powers a car through an internal combustion engine that's been engineered for that type of fuel. While this type of fuel isn't widely used for cars in the United States, LP gas accounts for 10 percent of automotive fuel in the Netherlands, and many other counties have experimented with it as well.

Because we mentioned compressed natural gas and liquefied petroleum gas, we should also included liquefied natural gas, though use in consumer vehicles has not become widespread yet. The fuel is often used in heavy-duty trucks that drive long distances though, because it holds much more energy in liquid state than as a gas.

Natural gas is a fossil fuel that is found between layers of underground rock. It's drilled for like oil, but there is a lot more of it available here in the United States and it burns cleaner than oil or gasoline. The natural gas that you may use in your home is in a very low-pressure form. That keeps this particular fuel in a gaseous state and means that it releases a relatively small amount of energy when it's burned. When liquefied, it becomes more dense and releases more energy when burned. 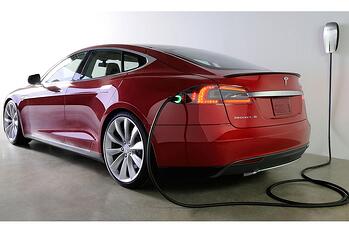 Although not technically a fuel, total electric and hybrid cars are near commonplace nowadays. All-electric vehicles run on electricity only and are propelled by one or more electric motors powered by rechargeable battery packs.

Electric have several advantages over vehicles with internal combustion engines. The cars are every efficient, converting about 59-62 percent of the electrical energy from the grid to power at the wheels.Conventional gasoline vehicles only convert about 17-21 percent of the energy stored in gasoline to power at the wheels. Electric vehicles are also quiet, environmentally friendly, and require less maintenance than other fuel types.

There are some limitations, including driving range, recharge time, and battery costs, but Tesla, which makes high end total electric vehicles, recently made all of their technology public, a move that should spur growth in the electric market.

The parent company of GGBailey.com, Racemark International, supplies the car floor mats for Tesla, so you can trust our quality meets the needs of the top automakers in the world.

Hybrid vehicles seek to bring some of the good from electric vehicles while eliminating some of the drawbacks. Hybrids typically have an electric motor and a gas-powered motor that share the responsibility of moving the car forward. The gas powered motor recharges the batteries, so hybrids don't have to be plugged in.

Hybrids have become increasingly popular, and that trend will likely continue until electric vehicles begin to cut into the market share.