Bob Bailey was just in his early 20s when he raced a brand new 1968 Porsche 911L as part of the Porsche of America Racing Team. It’s a small car -- one of Porsche’s lightweight models -- painted burgundy with a gold stripe and the number “22” emblazoned on its side. In its first race, the Porsche earned Bailey a 2nd place finish in his class. Bailey sold the racecar two years later.

Even though he stopped competing a few years later, racing and the automotive industry have continued to be a part of Bailey’s life. With world famous Grand Prix driver Mark Donahue, Bailey founded a racing safety equipment company. That company, Racemark International, made the first luxury car mat in 1974, and today it provides top-of-the-line mats for luxury car manufacturers. Racemark continues to grow; it even spawned GGBailey.com, a direct-to-consumer line of custom-made luxury car mats and accessories.

Unfortunately, Bailey’s Porsche 911L did not age so well. In an article for Wheel People, Bailey said his old racecar was devalued with various body modifications, damage and different engines. 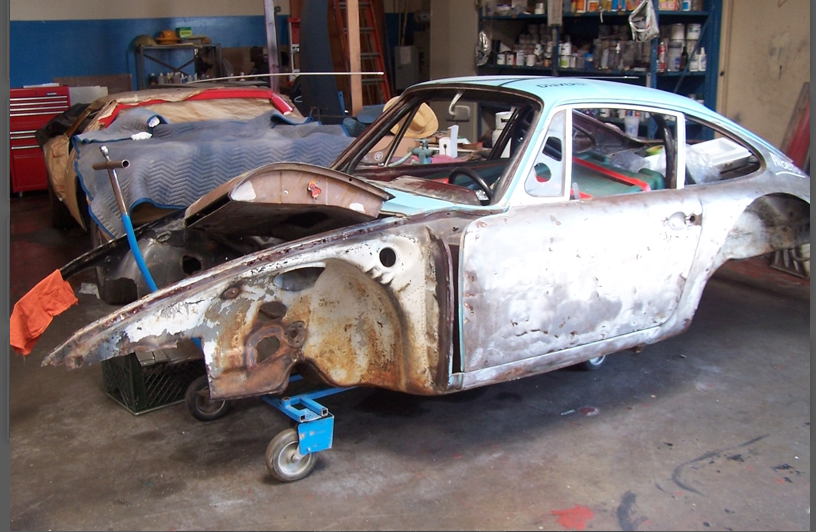 Bailey's 911L at the beginning of the restoration process

Don’t worry; this story has a happy ending. In 2004, TV director and producer (and vintage car enthusiast) Michael Scott began a top-to-bottom restoration of the Porsche with Bailey’s old photos, stories, and memories to guide the project. In 2009, Bailey was reunited with his racecar, once again painted burgundy with a gold stripe and the number “22” on its side. This time, they’re together for good.

Our racing history is still a source of inspiration for the folks at Racemark International and GGBailey.com. We combine yesterday’s beauty with today’s technology, and we use the same high-quality materials we’ve always used.

When you Design Your Mats™, you too can become a part of that history by customizing and personalizing your own GG Bailey floor mat.